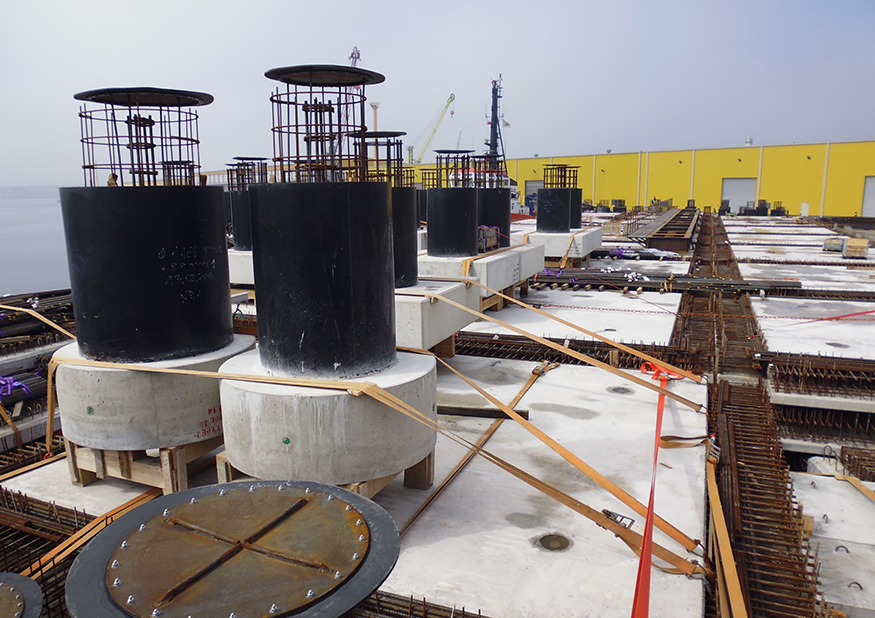 Prefabrication and installation of reinforcing elements, carpentry works and operation of construction equipment

Modernisation
of the port in Stockholm

The project encompassed modernisation and expansion of the largest port in Stockholm as part of the development of urban areas of Stockholm Royal Seaport. Värtahamnen is the main port in Stockholm and is used predominantly by passenger ferries and commercial cargo ships. 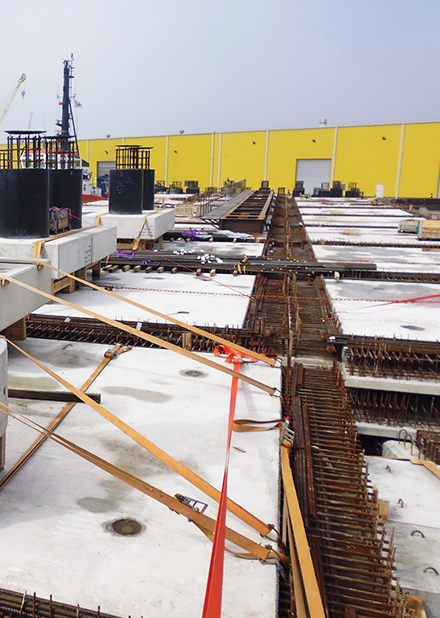 Our portfolio – projects we have completed so far:

The production of four foundations for wind turbines

Construction of the breakwater in Świnoujście

7,500 tons of prefabricated reinforcing steel
740 joints between piles and anchors with the diameter of 1,220 mm

3 road bridges above the motorway

36 foundations for the offshore wind farm

21 concrete platforms for foundations of a wind farm

500 m expansion of the Næstved Bypass

No. of foundations: 7
945 tons of reinforcing steel

Construction of the footbridge between Nordhavn and Østerbro, Copenhagen

Footbridge for pedestrians and cyclists, Copenhagen

Construction of bridges along TP 40 railroad